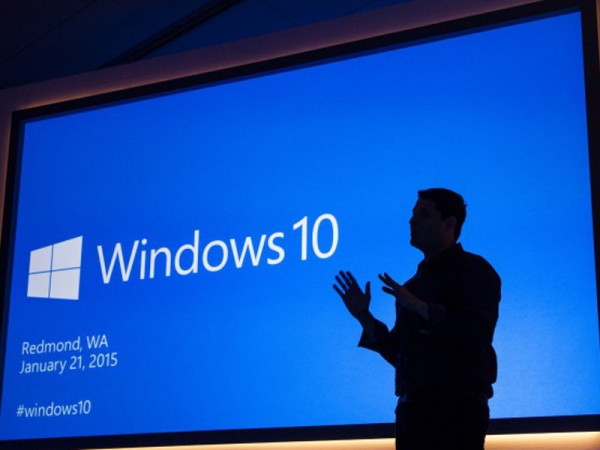 Microsoft Striving to Offer Something for Everyone in Windows 10

To say that Microsoft knows how to pack a presentation with as many punches as possible is an understatement, given Wednesday’s consumer peek at its upcoming Windows 10 OS.

While the Redmond firm had already shown off the business end of Windows 10 to a crowd of enterprise developers late last year, the consumer reveal clearly articulates Microsoft’s vision of one platform and one family of products and services.

The event started with Microsoft spending the first hour on several known and documented features tagged in the past months in videos by Windows Insiders. And then came the hits, and they just kept coming for the second hour.

First up was the desktop version of digital assistant Cortana, then it was onto Window’s Continuum feature and the revamped Internet Explorer (now being called Spartan).

For those familiar with Cortana on Windows Phone devices, the version of the Siri rival presented Wednesday is evolving to be aware of desktop environments and features specific to the platform. As Microsoft leaders noted several times, Cortana is smarter as well and is evolving to be a true personal digital assistant and not a voice-activated search tool.

While Cortana looks to be a feature that will come in handy at home and at work, Continuum may be more of a niche offering as it’s designed specifically with tablets in mind. The feature automatically realigns the active Windows 10 interface, depending on whether a keyboard is attached to the tablet. Basically a user can move from the phone to the tablet to the laptop and have screen, activity, and apps syncing with the device moves. With Microsoft focusing on what it calls a “mobile first, cloud first” world, Continuum is being developed to attract more tablet users.

The revamped version of Internet Explorer includes a reading mode — which streamlines web pages into e-book format — and a notation feature, which enables users to mark up web pages and share clips of the content with friends.

Microsoft then spent a good deal of time on gaming and how Windows 10 will prove to be a pivotal platform for Xbox fans. Right now, though, it seems the new Xbox app for Windows 10 does little more than invite PC gamers to buy an Xbox One.

The final portion of the presentation focused on what all sci-fi aficionados will likely be talking about for weeks to come: 3D computing, holograms and augmented reality complete with a special headset and HoloStudio app. It’s likely making a few gaming enthusiasts excited as well, given a video showing a HoloLens-wearing male enjoying a 3D version of Minecraft.

At the very start of the presentation, Microsoft leaders mentioned new hardware devices several times. Ultimately, and nearly as almost an aside, Microsoft debuted an 82-inch whiteboard-TV-PC device and briefly mentioned that when Windows 10 debuts later this year it will be accompanied by flagship phones as well as affordable phones.